On cross motions for summary judgment, the district court determined that the underlying action did not fall within the insurance contract's coverage provision for “injury . . . arising out of . . . publication . . . of material that . . . disparages a[n] . . . organization's goods, products or services,” and alternatively that the contract's exclusion for non-conforming goods applied.

The district court also found that an exception for suits alleging “unfair competition” did not bar coverage because that exclusion was contained under a heading referencing intellectual property (“IP”) claims, and that all remaining claims were moot. Our review is de novo. Travelers Prop. Cas. Co. of Am. v. ConocoPhillips Co., 546 F.3d 1142, 1145 (9th Cir. 2008).

We hold that the underlying action was one for product disparagement.

General Star contends that Safety Dynamics must rely on the definition of product disparagement under the Lanham Act in order to prevail on its claim. Because the underlying action only alleges that Safety Dynamics made misrepresentations about its own product, General Star argues, it does not satisfy the Lanham Act's requirement of “misrepresent[ing] . . . another person's goods [or] services.” 15 U.S.C. § 1125(a)(1)(B). Insurance contracts, however, “are to be construed in a manner according to their plain and ordinary meaning.” Sparks v. Republic Nat'l Life Ins. Co., 647 P.2d 1127, 1132 (Ariz. 1982). Disparagement is “[a] derogatory comparison of one thing with another,” or “[a] false and injurious statement that discredits or detracts from the reputation of another's . . . product.” Black's Law Dictionary 538 (9th ed. 2009).

The complaint alleges that Safety Dynamics's false claims about its own product had the result of misleading consumers because it made Safety Dynamics's product look better versus ShotSpotter's. This is sufficient to state a covered claim for product disparagement, at least in the context of the duty to defend. See United Servs. Auto. Ass'n v. Morris, 741 P.2d 246, 250 (Ariz. 1987) (the duty to defend is triggered by “any claim potentially covered by the policy” (emphasis added)).

The non-conforming goods exception does not apply because ShotSpotter's injury claimed in the underlying action does not arise out of the failure of Safety Dynamics's product to conform to its advertisements. Rather, it is a competitive injury. This exception “is directed to the failure of goods, not the failure of advertising.” 4 Jeffrey E. Thomas, New Appleman on Insurance Law Library Edition § 30.08[2][a] (2009).

The “unfair competition” exclusion does not apply because it falls under a heading referencing IP claims, indicating that the “unfair competition” claim must relate to IP law in order to be excluded under this section. For example, the tort of “passing off” one's product as a competitor's is an IP-related unfair competition claim. See Fairway Constructors, Inc. v. Ahern, 970 P.2d 954, 956 (Ariz. Ct. App. 1998). At the very least, the heading renders the exclusion ambiguous, as it is an illogical placement for such an exclusion if indeed it has nothing to do with “intellectual property rights violations.” We must construe any ambiguity against the insurer. Sparks, 647 P.2d at 1132.

We find that there is no genuine dispute of material fact as to whether General Star had a duty to defend Safety Dynamics in the underlying action. We remand to the district court for adjudication of the bad faith claim and a calculation of damages.

Court: United States Court of Appeals for the Ninth Circuit 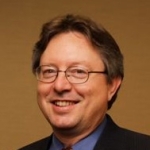