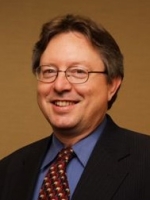 Litigation of intellectual property issues is, in general, a more extensive and complex undertaking than most litigation efforts. As a result, intellectual property litigation, and patent litigation in particular, tends to be expensive. Thus, it is frequently in the best interests of the parties to seek an amicable resolution when possible, such as through a licensing agreement. For the same reasons, parties should seek and retain an attorney with experience in the relevant area of law.

Most intellectual property litigation, with the exception of trade secrets, is a matter of federal law and is therefore litigated in federal court. There are limited circumstances, however, where some of these issues may be decided in state courts.

Patent disputes are among the most costly form of litigation. To reduce costs, patent owners may be well advised to seek to obtain licenses from alleged infringers before resorting to litigation in federal court. With relatively slight provocation, however, an accused infringer may file an action for a declaratory judgment that they are not infringing or that the patent is invalid.

Domestic patent disputes may be resolved in many ways, including negotiation between the parties, mediation or arbitration, or litigation in federal court. If the infringing product is being imported, the patent-holder may obtain injunctive relief through the International Trade Commission (ITC). Each of these methods has advantages and disadvantages that should be weighed carefully with the advice of counsel before choosing a course of action.

Another alternative for defendants seeking to invalidate a patent without resorting to formal litigation is to file a request for reexamination of the patent with the USPTO. Any party may file for ex parte or inter partes reexamination of a patent during the patent term. The requesting party must present prior art that was not considered during the prosecution of the patent and that raises a substantial new question of patentability. If the USPTO finds a substantial question of patentability has been raised, an Examiner will examine the patent and reopen patent prosecution. This may lead to a rejection of one or more claims and narrow the scope of the patent.

Conversely, the patent owner may wish to request a reexamination of its own patent over newly discovered prior art. This is often done to establish a record of the validity of the patent claims over the new art, effectively strengthening the patent.

In federal court, the infringement analysis typically involves a two-step inquiry. First, the Court must determine the scope and meaning of the relevant patent claim or claims. Second, the finder of fact (a judge or a jury) must compare the accused product to the properly construed claim in order to determine whether there has been an infringement. The patent holder bears the burden of proof by a preponderance of the evidence that the accused product or process implicates each of the claim's limitations. Each element of a claim is material and essential. If the accused product or process lacks one or more of the claim's limitations, there is no literal infringement.

The Court renders the interpretation of the patent claims at issue following a proceeding known as a Markman Hearing. Words in claims generally are given their ordinary and customary meaning unless a different meaning is expressly set forth in the specification and/or prosecution history (intrinsic evidence). The specification is usually the best guide to the meaning of a disputed term. In addition, the prosecution history limits the interpretation of claim terms so as to exclude any interpretation that was disclaimed by amendment or argument during prosecution. Thus, a patentee is barred from asserting that a claim encompasses limitations that were surrendered during the prosecution of the patent. Extrinsic evidence, such as the testimony of an expert witness, is typically of lesser importance.

As an alternative defense to non-infringement, the alleged infringer may assert that the patent claim is invalid. An issued patent is presumed to be valid as a matter of law. This presumption may be overcome, however, if the alleged infringer can prove a failure to meet any of the substantive legal requirements discussed above, including: a lack of utility, novelty, or non-obviousness (which generally requires the presentation of prior art that was not presented during patent prosecution); an inadequate or non-enabling written description; a failure to disclose the “best mode” of operation for the invention as was known at the time of filing the application; or inequitable conduct during prosecution of the patent.

Where the allegedly infringing product is being imported into the U.S., a U.S. patent owner may seek injunctive relief through the administrative authority of the U.S. International Trade Commission (ITC). ITC proceedings typically require the same standard of proof and allow the same defenses as that are available in the federal court proceedings. The advantage of an ITC proceeding is that it is typically less expensive than suit in federal court, takes less time to reach a judgment, and is generally regarded as being relatively patent-owner friendly. The primary disadvantage is that monetary relief is usually not available, although a decision from the ITC will often allow the patent owner to collect damages through settlement, as the defendant would prefer to avoid litigating the same issues in federal court after an administrative decision on the merits has already been reached.

Trademark litigation is unique today in that the application of the law tends to vary slightly from circuit to circuit and even from case to case. This may be because trademark adjudication requires the fact-finder to make some inherently subjective distinctions.

When applied to the specific facts of a given case, the weight of the relative factors may vary. Thus, the number of factors in a given party's favor may not be predictive of the ultimate outcome.

Parties adversely affected by the presence of a registered mark, particularly those that have been accused of infringement, may also seek resolution before the USPTO in an opposition or cancellation proceeding. Before any mark is registered, it is published by the USPTO for the express purpose of allowing other parties that may be adversely affected by the registration of the mark to “oppose” registration. In addition, parties affected by a registered mark may seek to invalidate that registration by requesting its cancellation. These proceedings take place before the Trademark Trial and Appeal Board, which maintains its own unique procedures.

To learn more about patent and copyright litigation, please contact us.