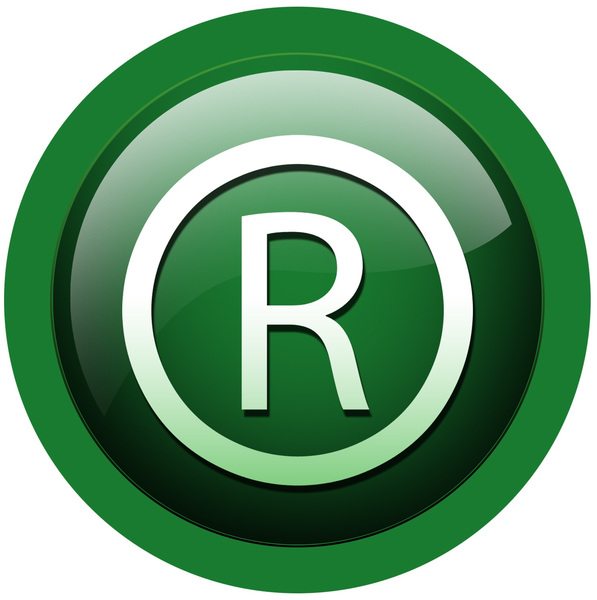 A trademark is a word, name, symbol or device, and in some circumstances, color, aroma or sound used to identify a product or service. In the United States, trademark rights are acquired either by adoption and use of the mark or by filing an application with the United States Trademark Office based on a bona fide intention to use a mark in commerce. (Proof of use of the mark will have to be submitted before the Registration will issue.). In general, filing a Federal Trademark Application creates a nationwide priority right in a trademark whereas using a mark without filing a Federal Application limits the user's rights to the geographic areas where the mark is used. In addition, Federal Registration on the Principal Register affords further valuable rights to the owner such as the potential for incontestability status, notice to others of the registrant's rights, the ability to bar imports bearing infringing trademarks, enhanced remedies against counterfeiting, evidentiary advantages in an opposition or infringement proceeding, the facilitation of transfer of trademark rights in an acquisition or merger, automatic Federal Court jurisdiction in an infringement action and availability for citation by an Examining Attorney at the U.S. Trademark Office against a later filed application for the same or confusingly similar mark.

A business' goal in using a trademark should be to create brand recognition and customer loyalty. A subsequent goal is to be able to enforce the trademark against infringers who could confuse customers and/or weaken the trademark. Both goals can best be accomplished by selecting and using strong trademarks. Strong trademarks are those that distinguish a business' products from the competition's products. There are two key elements to such a mark: (1) a trademark must not be a generic term or descriptive of the product (for example “CONTINUOUS PROCESSING” for computers or “FORUM” for business training seminars) or it will not be distinctive; and (2) a trademark must be so dissimilar to marks already in use or marks for which a Federal trademark application has been filed that the public is not likely to be confused as to the source of the product (for example, courts have held the following to be confusingly similar: “ARROW” and “AIR-O;” “COCA COLA” and “CLEO COLA;” “LISTERINE” and “LISTOGEN”).

Ideally, before a new product is launched, a list of candidate trademarks is developed by a diverse group of individuals in a company. This list is then presented to the company's trademark counsel who may shorten the list based on inherent weaknesses in some marks and then proceed with preliminary screening searches to determine which marks do not conflict with prior Federal applications and registrations. The “surviving” mark or marks should then be subjected to a more rigorous clearance search to determine whether there are conflicting trademarks in use for which the owners have not filed Federal applications.

Unlike the United States and other so-called “British law” countries such as Australia, Canada, Hong Kong and the UK, in which trademark rights can be acquired through use, in most countries outside of the U.S., so-called “civil law” countries, trademark rights are acquired primarily by registration. In order to obtain rights in civil law countries the owner must be the first to file an application to register the trademark. Consequently, it behooves a trademark owner who has plans to market a product in a civil law country, to file a trademark application as soon as those plans are definite. In addition, civil law countries where trademark pirates are known to operate should be considered even if there are no plans to do business there.

Trademarks are territorial with the exception of the Community Trade Mark (CTM) covering twenty-five (25) European Community member countries and the “Benelux registration” covering Belgium, Luxembourg and the Netherlands. Also, International Registration under the Madrid Protocol is now available for U.S. applicants.

A word of caution to companies considering a relationship with a foreign company, e.g. joint venture, distributorship relationship or the like. It is important that the company register its trade name and principal trademarks in the partner's country. Otherwise, the partner may register the company's trademarks in its own name. This could present a problem should the partnership dissolve. Incidentally, in certain countries it is necessary to record your local partner as a Registered User, and/or to submit license or distributorship agreements for approval and recordation before local governments.

Typically, web site owners prefer to obtain a domain name that incorporates their company name or trademark. Once a domain name is registered and used, the registrant/user potentially can obtain common law trademark rights in the name, for example, by featuring the domain name in its advertising and promotional materials and by highlighting it in some way on its web site. In order for a domain name to function as a trademark for a product (as opposed to a service such as online catalog ordering) the name must also be used in close proximity to the product itself, such as applied directly to the product, packaging or point of sale displays at a retail outlet. Furthermore, trademark rights in a domain name may be obtained with more certainty by applying to register it with the U.S. Trademark Office as soon as the applicant has a bona fide intent to use the mark or has actually used the mark. (Of course, actual use of the mark will have to be made before a registration may issue.) For instance, Advance Magazine Publishers, Inc. has applied to federally register many of its magazine names plus “.com”, such as “SELF.COM”, “CONDENAST.COM” and “VOGUE.COM” all for online electronic general interest magazine services even though it already owns registrations for “SELF”, “CONDENAST” and “VOGUE” for magazines.