STATEMENT OF THE CASE

(reprinted from the Court's opinion)

Claim 1, reproduced below, is illustrative of the claimed subject matter.

Appellant argues, in relevant part, that the suggested combination would not have been obvious because it would “result in a device that significantly diminishes the user control over the amount of powder
dispensed through the valve and thereby defeat one of the primary objectives of Allen.” Reply Br. 4-5 (emphasis original). We review the Examiner's rejection in light of this argument.

The Examiner's first reason to modify the device of Allen is to allow the device to “repeatedly yield the same volume of material in the dispensing chamber with each actuation of the valve.” Ans. 7. Yielding
same volume of material with each actuation of the valve has nothing to do with whether the valve itself is actuated by a person pressing on the valve (as in Allen) or by a protrusion on the lid pressing on the valve (as in the Examiner's proposed combination); the valve is the same and operates under the same principles either way. Accordingly, the Examiner's first reason lacks rational underpinnings because there is no link between the reason for modification and the proposed modification.

We reverse the Examiner's decision regarding the obviousness rejections of claims 1, 2, and 4-17. We do not reach the Examiner's provisional obviousness-type double patenting rejection. See Ex parte
Moncla, 95 USPQ2d 1884, 1885 (BPAI 2010).

Court: Board of Patent Appeals and Interferences 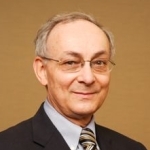 Nick Soloway, an AV Peer Review Rated* attorney, is one of 200 practicing patent attorneys in the United States to be included in Woodward/White's Best Lawyers in America.