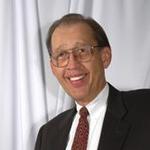 Thomas J. Rossa is practices in both our Tucson and our Salt Lake City office. He joined the firm in January 2012 bringing to us extensive intellectual property experience including four years as the chief patent counsel for a fortune 800 corporation.

Mr. Rossa has been involved in all aspects of intellectual property law including transactions, licensing and litigation. He has been involved in many mergers and acquisitions as well as numerous licensing matters and related technology transfers. He has prepared and advanced applications leading to the issue of hundreds of patents in the United States and many patents in foreign countries.

Mr. Rossa has litigated throughout the United States dealing primarily in intellectual property matters including patent infringement matters, trademark disputes, covenants not to compete, trade secret issues and related licensing and contract matters. He has appeared in the U.S. International Trade Commission  and in over 20 Federal District Courts and numerous state courts. He has also appeared in several state appellate courts including the Utah Supreme court, and six federal appeals courts including the Court of Appeals For the Federal Circuit and the U.S. Supreme Court. He has also managed patent litigation in Canada, Germany, France and Japan. He has also conducted a patent validity trial in the European Patent Office.

Mr. Rossa has an undergraduate degree in engineering with substantial additional work in mathematics and nuclear physics. He also completed substantial graduate work in nuclear engineering and electronics. He served in the U.S. Navy including four years on a nuclear submarine. He left active service in 1970 but continued in the Naval Reserve retiring as a Navy Captain in 1986.

Thank you for contacting us. We'll get back to you shortly.