This appeal arose from a final rejection of the claims for a role-playing card game. The claims were rejected as obvious under 35 USC 103. The claims included a requirement that one card have an opening aligned with a feature of another card. The Examiner rejected the claims, in part, by disregarding this claim requirement as functional. The Board sided with the inventor in this instance, indicating the claimed opening is structural and is not disclosed by the references. The patent is expected to issue in July 2016. 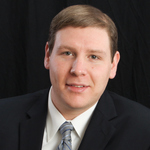 Daniel H. Landau has been preparing and prosecuting patents with Hayes Soloway since 2007. Dan is a patent attorney admitted to practice in New Hampshire and Massachusetts.