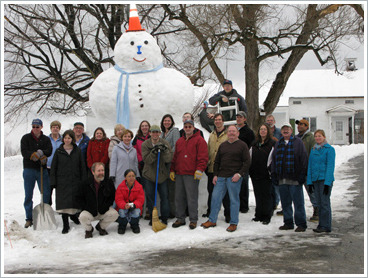 Charles K. Crawford is an inventor in a very niche field, working in vacuum physics and electron optics to provide novel solutions to clients' specialized needs, whether they are experiments at Lincoln Labs or utilization in outer space. His company, Kimball Physics, is one of the friendliest technology companies you will ever find.

Chuck developed a thin flange. It is difficult to convince the USPTO that an item is novel enough to be patentable simply because it is thinner than anyone dreamed possible. We succeeded on appeal. U.S. Patent No. 8,191,901 issued on June 5, 2012. The Patent Trial and Appeal Board's decision is below:

In this case, the decision does not tell the whole story. After everything in the appeal was completed, but before the patent issued, the case was transferred to another firm. That firm attempted to obtain patent protection on the same invention without going through the appeal process. Here is the patent that issued after the favorable appeal decision. Here is the patent that issued without going to appeal. Claim 1 is 88 words with the appeal and 572 words without the appeal. The verbosity of the claim speaks to the narrowness of the claim scope. To get the broadest possible claim, sometimes an appeal is necessary.

Todd Sullivan, recognized among the top 2% patent prosecutors nationwide, has experience drafting hundreds of patent applications encompassing a wide range of electrical, mechanical, and computer-related technologies and guiding them to issuance.